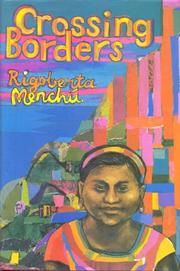 The author continues and deepens the testimony first presented in her 1980s autobiography, I, Rigoberta Mench£ (not reviewed). Mench£ begins here with her being awarded the Nobel Peace Prize in 1992 and her subsequent return to her native Guatemala in 1994. In exile for most of the 20 years previous, she had spent her time campaigning ceaselessly against the murderous counterinsurgency campaigns in Guatemala that claimed the lives of thousands, including her parents and several siblings. She became a strong advocate for human rights, especially for the rights of the indigenous people of her own land and throughout the world. The Nobel Peace Prize has, in fact, brought her little peace. Upon his return to Guatemala, her nephew, mistaken for her son, is immediately kidnaped (and, thankfully, returned). Weeks before the country’s first reasonably open elections in a generation, the army carries out yet another massacre, in the village of Xaman. Amid this setting of hope and despair, Mench£ meditates on several themes. She speaks lyrically (the translation seems wonderful) of the sweet mysteries of her Mayan childhood, of the “cosmovision” of her people, of the wisdom, boldness, and courage of her mother. These make up her identity, her nawaal, the shadow that accompanies her and sustains her. She tells of the frustrations of her work at the United Nations, where the simple recognition of the existence of indigenous people was a major struggle. She reveals dreams, spiritual and political, that are yet to be. She dreams of a world accepting of difference, of “pluri-cultural” societies, of a time when her “Indian” face will not mark her as the other, of a time of justice. She dreams of her hair growing white, a symbol of wisdom that her mother, whose life was cut short, was denied. Mench£ emerges here as precisely what she is, a hero. (maps, not seen)