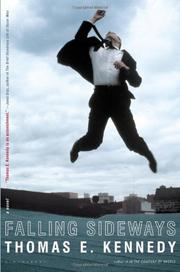 A week in the life of a group of worker bees whose firm is becoming unhinged.

Copenhagen-based expatriate Kennedy (In the Company of Angels, 2010, etc.) can be an acquired taste. But this second book in his Copenhagen Quartet is probably one of his most accessible. Like other workplace satires, the novel fashions the workplace as fishbowl and invites the reader to examine the flora and fauna within. Those who work at the Tank, a firm so mind-numbing that it’s difficult to tell what the company does at all, are a mixed bag. Anxious executive Frederick Breathwaite is ready to shoot himself in the foot financially in order to ensure a spot at the company for his rebellious son, Jes. CEO Martin Kampman puts on a fierce face at work even as he struggles on the home front. Harald Jaeger is the office ladies’ man whose passionate exterior belies his unrequited love for Birgitte Sommer, his married colleague. Assorted other figures, ranging from the office curmudgeon to the Afghan owners of a local fix-it shop, fill out an eccentric cast. Kennedy has fun with his locale-specific commentary; in one scene, a doctor advises Harald that his hearing is fine—Danes just tend to mumble when they’re afraid of being quoted. But where the novel truly succeeds is in its depictions of relationships, whether it’s Harald’s hesitant romance or the odd friendship between sons Jes Breathwaite and Adam Kampman. In the end, what lies beneath is just as important as that which we see on the surface. “And you know what happens when you have a life without a foundation?” Jes warns. “It runs along okay for a while until one day you look down and see there’s nothing beneath you and you fall.”

A clever spoof about work and the relationships formed there.