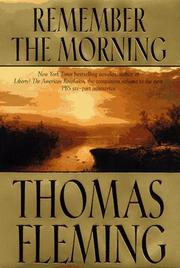 The travails of a colonial Scarlett O'Hara, her free black friend, and the man they both love, by the prolific Fleming (Loyalties, 1994; Over There, 1992, etc.). As children, Catalyntie, who is Dutch and white, and Clara, a family slave, are captured by the Seneca and adopted into Indian families. As they approach adulthood, kindly and beautiful Clara is much pursued by the tribe's aspiring warriors, while Catalyntie, known as Moonwoman for her pale skin, is considered scrawny and ugly. Nevertheless, the two are devoted friends. When, in a prisoner exchange, the girls are returned to colonial society, Catalyntie discovers their roles are reversed: Now it's Catalyntie who's the sought-after beauty, while Clara is expected to serve her. As Catalyntie, who's not yet old enough to inherit her grandfather's estate, schemes to buy Clara's freedom, Clara is sent to work for neighbors. There, she begins an affair with strapping Malcolm Stapleton, her mistress's stepson, that ends tragically after Clara becomes pregnant and is forced to undergo a brutal abortion. Finally, Catalyntie manages to free her friend, but, having been jilted by a fortune-hunting rouÇ, she's become willful and selfish. As she realizes her own attraction to Malcolm, she and Clara become rivals, even as they go on a harrowing fur-trading expedition together and form a partnership as shopkeepers. Catalyntie then manages to trick Malcolm into marriage, Clara takes up with an ambitious slave who's both a thief and a revolutionary, Malcolm gets in touch with his Scottish roots, and Catalyntie goes to Amsterdam, where she becomes the talk of the town—all leading ultimately to scenes first of acrimony, then weepy reconciliation. Plausibility goes out the window within the first few pages, making room for Fleming to conjure up a rollicking moral melodrama with an intriguing pair of heroines.