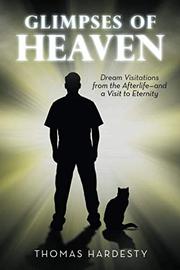 Dream Visitations from the Afterlife—and a Visit to Eternity

“Someday,” writes Hardesty in his nonfiction debut, “it will be our turn to experience the most mysterious, the most feared and the least understood aspect of human existence”—death itself. Hardesty, a sports journalist for 30 years, writes that he was fond of talking about life, death, and the meaning of it all with his father. When his dad died suddenly of a massive heart attack, Hardesty might have thought those conversations were over. But on the day that he made the funeral arrangements, he says, he began to receive what he calls “visitations” from his father’s ghost; these eventually led to his father giving him a tour of Heaven in his dreams, he says. “While my sleeping body lay peacefully in bed in Stow, Ohio, my soul traveled to Heaven with my dad,” Hardesty writes. “Of this I am sure.” The bulk of the book consists of the author’s descriptions of these and other encounters that he had with the spirits of deceased friends and family members. Thanks to his clear, powerful prose, these stories are uniformly engaging and even moving. He creates surprising emotional moments, as when he realizes how working in the corporate environment of a large tire company took a toll on his father, who started his career as a teacher. Hardesty admits early on that he can’t prove that these visitations happened, and that “naysayers and non-believers will…insist my Christian bent has steered my conscious mind in a biased direction”; he also makes a straw-man argument about scientists “dismissing out of hand the possibility of a Creator simply because they don’t believe in one.” Even so, the author’s colorful evocations of ghostly encounters in his lifetime remain engaging, including vivid moments involving beloved pets.