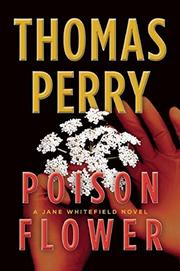 Jane Whitefield’s latest attempt to hide someone other people are looking for puts her in even more danger than usual, and that’s not easy.

Jane has so little trouble breaking James Shelby, framed for murdering his wife, out of police custody at the Clara Shortridge Foltz Criminal Courts Building in Los Angeles that you just know something’s going to go wrong. But the mishap this time is remarkably fast and unexpected: Three hard types who’ve been tracking Shelby go after Jane instead. Driving her to a remote desert location, they torture her seeking information about her client, then realize that they can make a queen’s ransom by auctioning her off to one of the many criminals she’s outwitted by spiriting away their victims or enemies and settling them in new identities (Runner, 2009, etc.). Jane manages to escape and takes refuge in a battered women’s shelter in Las Vegas, where she acquires yet another fugitive who must be hidden away. (“I guess I have a knack for making friends” is her laconic comment.) It would be unfair to reveal more about a story whose appeal depends so completely on Perry’s ability to keep you from seeing a single inch around the next corner. Suffice it to say that both Jane and the fake cops will put a great many more miles on vehicles they’ve rented or stolen before Jane confronts the brains behind the frame-up of Shelby in the nation’s heartland in a satisfyingly one-dimensional showdown.