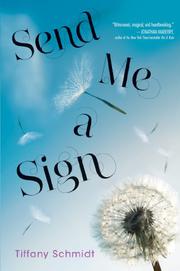 A teen with cancer stresses out over all the wrong things.

When Mia’s diagnosed with acute lymphoblastic leukemia, she tells childhood best friend and boy next door Gyver (yes, short for MacGyver) but not her kinda-boyfriend or her best girlfriends and fellow cheerleaders, the Calendar Girls (Mia is Summer). She invents an extended trip to visit ill grandparents as cover for her summer in the hospital and then does her best to fake it once school starts. Gyver’s devotion—he rarely leaves her side all summer long—morphs into jealousy when Mia finally confesses the truth to Ryan, who proves himself pretty devoted, too, making for a very mildly suspenseful love triangle. When a novel’s action consists of the protagonist’s decision not to tell people she’s dangerously ill (most of Mia’s treatment is told, not shown), it needs to compensate for the lack of plot with something else—astonishing characterization or spectacular language, for instance. This debut does not. Characters are largely one-dimensional, even Mia. Her superstitious nature (see title) feels tacked-on, and although she tells readers at one point that she had been in the running for valedictorian before her illness, she mostly seems as vapid as her friends. Add lines like, “His blue eyes glowed from within the faint outline of his Oakley’s tan line,” and you have a book that arrives at its moment of truth far too late. The topic has been handled far better elsewhere. (Fiction. 13-16)