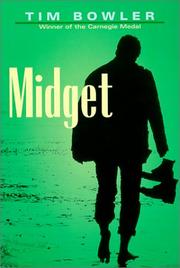 A teenager frees himself from his older brother's surreptitious abuse and his own physical deformities in this psychological thriller. After years of enduring nocturnal taunts, Joseph has grown to despise his twisted, seizure-prone body and brother Seb in equal measure; watching the boats off shore and in the local boatyard provide his only comfort. When, to his delight, an old boatwright wills him a small sailboat, Joseph discovers his ability to anticipate, and even control, wind and wave. He wins several races, infuriating Seb, who attempts to murder Joseph. Does Joseph hate Seb enough to kill him? After engineering an accident that leaves Seb close to death, he realizes that he has committed an evil act. In a wrenching final scene, Joseph finds peace by trading his own life for Seb's, a resolution more shocking than just. Bowler becomes a different writer when his characters are on the water, envisioning and describing races and other marine episodes more vividly than incidents on land. Joseph is a compelling figure, unable to read or write, virtually unable to speak, but sharply alert and—in the course of his first-person narration—articulate about his feelings. Seb is less convincing, not as scary as the publically genial, privately vicious abusers in books such as Kristen Randle's The Only Alien On the Planet (1994), but that hardly detracts from this unsettling work. (Fiction. 11-15)