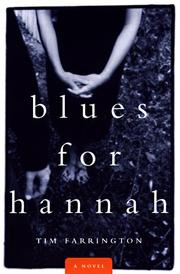 The author of the quirky California Book of the Dead (1997) offers a more somber look at those seeking salvation, whether in the arms of a lover or on the spiritual plane. Skipping back and forth in time, the story begins in contemporary San Francisco when Jeremiah Mason receives an early morning call notifying him of the car crash death of Hannah, a former lover. He journeys to Nebraska to make funeral arrangements, and while doing so inescapably thinks back on their stormy relationship, which spanned decades and produced a son. It began when a young Jeremiah was struggling to make a reputation as a painter and an equally young Hannah was attempting to make her way as a blues singer. Jeremiah and Hannah became lovers, then drifted apart. Jeremiah later married LeeAnne, a psychologist, but eventually left her to reunite with Hannah. Out of that reunion came Sammy, a son that Jeremiah and LeeAnne end up raising when Hannah again departs. In between are all the joys and heartaches of domestic life Jeremiah’s struggles with an artistic career, Hannah’s decision to give up music for spiritual fulfillment in Berkeley, LeeAnne’s changing career. Jeremiah’s recollections of the pair’s struggles to gain self-knowledge and atonement are poignant, made all the more so by the knowledge of Hannah’s death. Her vibrant influence on those who loved her becomes clear in her absence. Sammy, now eight years old and as gifted musically as his mother was, accompanies his father to Nebraska. While on the road, the two try to come to terms with her life and death, but she remains an elusive figure to them (and to the reader), an archetypal free-spirit who eludes definition. Farrington again serves up a distinctive reflection of the times while managing to create unself-conscious, engaging characters. A fine second novel that serves as a quiet meditation on the reaches of love.