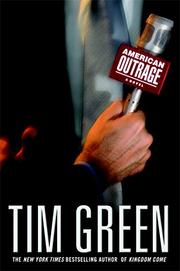 An adopted child’s need to know his birth mother puts his father on the trail of treachery and deception practiced by Albanian Mafiosi and a powerful political family in the latest from the author of, most recently, Kingdom Come (2006).

He may work for one of those television tabloid news shows and he may be rich, but recent widower and former NPR reporter Jake Carlson is still an ethical journalist, unhappy with his lot. Neither his beachfront house nor his closetful of Zegna suits is enough to make up for the sleazy stories he’s chasing. But he’s got a worse problem than his career blues. His overgrown adopted 13-year-old son Sam had been miserable since the death of Jake’s wife and now he’s getting into trouble at school. Jake will do anything in the world for Sam, but he’s not sure about the only thing Sam asks him for: to find his birth mother. The Carlsons adopted their baby from a lawyer at the American end of an Albanian pipeline, so that’s where Jake has to start his inquiries. But the lawyer is dead now, a supposed suicide, and the Albanian baby office has been transformed into a travel agency managed by a beautiful but damaged woman answering to some very bad men. Following up his slim leads makes much trouble for Jake with his employers, as nasty in their own way as the swarm of Mafiosi whose hive Jake is rattling. Compounding his problems, Sam insists on sticking with his dad every step of the way. Fortunately, Jake’s able to stash the lad with his very rich grandmother, leaving the reporter free for a night with the travel agent, who’s murdered the next morning with Sam’s gun. Spurred on by the computer-savvy and surprisingly resourceful Sam, Jake battles producers and criminals all the way to the courts of the mightiest family in the Hudson Valley, to whom Sam may be closely related.