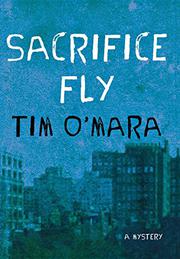 You’d never know it was five years since Raymond Donne quit the NYPD. The leg injury that sidelined him reminds him so often of his departure that it might as well have been last week. Although Ray’s job teaching middle school wouldn’t seem to require his making personal calls on his students, he’s so concerned when promising pitcher Frankie Rivas, 14, misses over a week of class that he hikes out to Roberto Clemente Plaza, where Frankie lives with his sister, Milagros, 8, and their grandmother, Matilda Santos. And when he makes a second stop to see Francisco Rivas Sr., who has official custody of his son, and finds that he’s too late to speak to him alive, Detective Royce, finding him on the scene, assumes that Ray’s trying to talk himself back into another case. Royce has a point. After all, Ray is the one a neighbor calls after someone breaks into Ms. Santos’ apartment. It’s Ray, not Royce, who drives upstate to question Frankie’s cousin, Anita, and her husband, John Roberts, whose travel agency employed Francisco, and Ray who returns to the city with an important clue the cops would never have found. Ray, whose uncle and namesake is a high-ranking officer, left the force on purpose, and he keeps telling himself he wants no part of it now. But everything he does to find Frankie and his sister and make sure they get home, even after he’s been kidnapped by some serious criminals himself, says differently.

Though Ray can be a mite sententious, he’s also appealingly fallible and sensitive in this promising series kickoff.