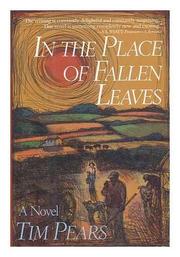 IN THE PLACE OF FALLEN LEAVES

This captivating debut novel roams the dry valley of a rural English village during the summer drought of 1984, revealing lushness in simplicity and the awesome untapped power and wisdom of a girl on the verge of womanhood. Through 13-year-old Alison Freemantle, the youngest child of a once poor but now surprisingly prosperous farming family, readers discover the long and endearingly quirky history of the Freemantle clan. Alison has plenty of time to ponder the past and present (although rarely the future, which seems not to tempt these rural inhabitants), since the town floats in a state of limbo as a result of the severe drought that has ``poured a hot glue that slowed everything down.'' Alison makes the most of the heightened sensibility the weather invokes in her family and her neighbors, and with the free time afforded by the end-of-summer teachers' strike, she weeds her way enticingly through the family's sordid past. (Beyond the three generations in her house, the rest of Alison's relatives inhabit a derelict street called Rotten Row, where years of inbreeding result in the occasional ``unaccounted child here or a mismatched aunt there.'') Alison recounts her mother's discovery that her father was a closet alcoholic and how this disease eventually led to memory loss that keeps his family only faintly familiar to him. She breathes life into a vampy sister (at least she'll escape), her eldest brother, Ian (chess genius, heart-breaker, and heir to the farm), and her chubby brother, Tom (uncomfortable with people and ``bound to the land from birth''). She shares the development of a new and precious friendship with the son of a local viscount; and she offers details of other valley dwellers, including the rector's love affair with a Portuguese maid. Pears includes more tragedies (deaths, betrayals, illnesses, fires, disappointments) than successes. Yet this tale remains heartening as Pears reveals the secret beauty of the hard life of the land through unsentimental and magical prose.