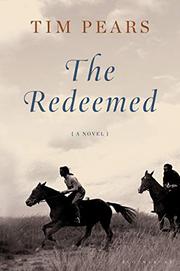 Battle, its aftermath, and the dawning of a new era shape the third episode of Pears’ (The Wanderers, 2018, etc.) epic tale of love—love for the land and between two long-separated souls.

The pace rarely quickens in this deliberate concluding volume of Pears’ trilogy of early-20th-century life, set in England’s West Country during the transition from old farming and landscape traditions, through war, into the mechanical age. Nevertheless, separate moments of intense drama mold the lives of both landowner’s daughter Lottie Prideaux and carter’s son Leo Sercombe, who was cast out by his family years earlier. Like Ulysses, Leo has journeyed through multiple landscapes and perils before returning to the estate. As the novel opens he’s a boy seaman in World War I, aboard HMS Queen Mary and about to enter the Battle of Jutland, which will see the death of nearly the entire crew, more than a thousand men and boys. Leo survives to become a deep sea diver, spending the postwar years helping salvage the scuttled German fleet at Scapa Flow and earning the money to buy himself “a field. A horse. A home.” Lottie, meanwhile, is pursuing an interest in animal care and will become one of the first women to train as a vet. The stage is long set for the reunion of this pair whose class-spanning commitment to each other was made in childhood, but not before Pears once again lays down intensely detailed descriptions of work—in the navy, in the salvage business, in stables, fields, and barns—across the years. "Time proceeds along its ever-onward spiral. We join it for a moment," he observes, and in due course Leo and Lottie will converge. This book is less a climax, more the return of the native.

Pears’ achievement is in his fine evocation of an era that's largely been lost and in his attention to the natural world.