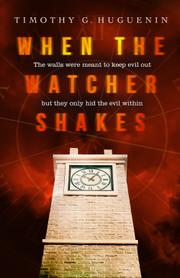 When the Watcher Shakes

A man traveling the country comes across a religious commune that’s easy to enter but decidedly more difficult to leave in this debut thriller.

Feeling trapped in Florida, John leaves his girlfriend behind and hitchhikes north. He meets gas-station owner Jerry in West Virginia and plans to stick around for a bit of fishing. John’s also curious about a nearby walled city. Jerry, who says nothing about being a former resident, recommends the traveler stay away, but John can’t help himself. A gatekeeper answers his knock and lets him into Abestown, which houses an apparent sect. Residents are immediately wary of the Outsider, standing out in his loud, bright clothes and sporting an unruly ponytail and beard. But there’s definitely something strange going on: when John asks about the unmistakable train whistle, everyone tells him there’s no train or even a whistling that he repeatedly hears. Commune leader and Head Historian Rob Kai wants the townsfolk to remain devout, and even questioning the law could spark a trial most likely resulting in a punishment by death. Rob fears that John, as a representative of “the evils of the outside world,” may be infecting the people, who could, for starters, decide that they, too, hear the sound of a train. The methodical Head Historian debates evicting the Outsider—or simply killing him. Suspense in the novel initially feels muted since it’s unclear if John’s in any danger. But an unnerving atmosphere slowly creeps in. The religion, for one, is weirdly ambiguous, a Christian faith that simultaneously idolizes founder Abe and things done or said “as would please Abe.” Similarly, there are the necrolilith, an evil presence in the surrounding woods, as well as the disturbing manner in which the Council of Historians carries out a death penalty. All this menace eventually becomes more chilling as the story progresses, with Huguenin revealing some of Abestown’s inner workings and a hint of Jerry’s back story. A somewhat open ending retains an overall sense of dread, leaving a character or two’s fate in question and not expounding on Rob’s largely hidden—and frankly terrifying—ability.

A deceptively mild tale about a walled city that turns overtly scary before it’s over.