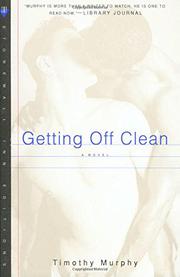 A coming-of-age debut novel movingly limns young gay love in the racially charged setting of a Massachusetts small town. High-school senior Eric Fitzpatrick is bright, college-bound, and different from his working-class Irish-Italian family and peers. Not just intellectually but emotionally different—he's a notorious weeper, and also, as he's beginning to realize, gay. Just before the school year starts, he meets Brooks Francis Tremont, a rich, sophisticated, black student at snotty St. Banners, a nearby boarding school. The two young men, initially wary—class is as much a problem for them as race—are increasingly drawn to each other and soon sexually involved. As the relationship continues, Eric, a loving son and brother, must also cope with varying crises that involve his ailing grandmother, his Down's syndrome younger sister, and his older sister, now pregnant but unmarried. His relationship with Brooks is further tried by the racism that breaks out when a young girl is found murdered. The townspeople blame inner-city blacks and Puerto Ricans: A young Hispanic is beaten to death, riots break out, and Brooks inevitably gets caught up in it all. Never an entirely credible character, he drops out of school when the rich aunt who has been his guardian dies, and he makes plans to live in Paris. Despite his love for Brooks, Eric is still the straight arrow, the local hero with a Yale scholarship, who doesn't want his family to know about his sexuality and who won't run off to Paris. A melodramatic incident at graduation, however, forces him to ``come out'' at last, hurting his family but providing a requisite (if flat) conclusion. Despite a few schematic blips, a new voice that is both strong and true.