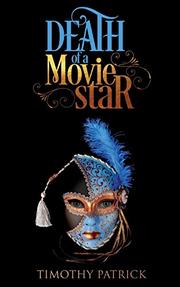 DEATH OF A MOVIE STAR

A tawdry Hollywood game show is ground zero for celebrities to seek revenge against one another in Patrick’s (Tea Cups & Tiger Claws, 2014) darkly humorous novel.

The name says it all: StarBash thrives on ridiculing its thespian contestants. Audiences love it, and ratings couldn’t be better. But while participants are typically unemployed actors and has-beens fighting for the prize of a $10 million movie deal, no one knows why popular actor Cassandra Moreaux would sign on for its fourth season. Cass, however, has a personal reason: It’s the only way she can score a meeting with 87-year-old actor Lenora Danmore. Lenora initially launched StarBash to fund her interactive movie museum, convincing her reluctant manager, Micah Bailey, to act as the game show’s host. But Cass is more interested in an event 70 years in the past. She’s certain Lenora got her actor mother blacklisted as a communist. Though proof of this could blemish Lenora’s celluloid legacy, she doesn’t want Cass going anywhere. She’s planning to stoke ratings even further with contestant Brandi Bonacore, an actor who blames Cass for her own stalled career. Their inevitable feud becomes the latest season’s driving force as participants fall by the wayside. Around the same time, Cass learns that Micah is more than the Hollywood-loathing host he appears to be. She holds tight to her vendetta against Lenora while also becoming Brandi’s target for revenge. Regardless of how things unfold, Lenora may have a scheme of her own to counter any potential evidence Cass possesses. Patrick’s story is not an outright condemnation of Hollywood. For one, very little is known about additional contestants, including what presumed missteps have led them to StarBash. Likewise, much of the derision comes from Micah (as host), who even mocks penny-pinching guest Elmer and his tips on how to save money. The narrative’s true focus is the presumed artificiality of Hollywood’s denizens. Behind all that glamour, in other words, are genuine and struggling people. This is comically epitomized by glitzy New York Plaza Hotel as the fourth season’s setting. The cast actually lives in cramped trailers, films on California soundstages, and travels in vans with the crew to locations. Characters like Micah aren’t as insubstantial as they initially seem; he has such distaste for his hosting duties that he resists pressure from Lenora to hang on for seasons five and six. Furthermore, he and Cass unexpectedly bond by sharing their love of films. Cass loves the classics, while Micah prefers documentaries. The TV show’s concept is formulaic, but the cast continually evolves. Brandi’s contempt for Cass, for example, isn’t completely unfounded. The novel sometimes waxes profound, even when steeped in cynicism: “Almost anyone can be selfless, if they have enough time to think about it and to arrange the circumstances so that the unpleasant act will cause as little discomfort as possible.” Perhaps unsurprisingly, this particular notion correlates with one character’s truly selfless deed.

Well-considered, engaging behind-the-scenes look at both the movie and TV industries.