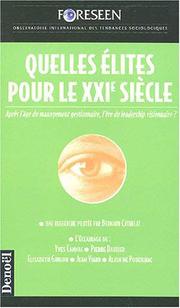 Ducking missiles and evading MIGs, America's only Stealth bomber prototype sneaks into the Soviet Union to destroy the supercomputer-controlled radar system that threatens the world's balance of power—in Rizzi's first technothriller. It's eight or so years ago, and everything's the way it used to be—a golden age for technoterror when the Soviet Union was still the Evil Empire and America was still spending big bucks on technogear. Here, the superpowers are getting ready to sign a major strategic weapons agreement, but the Soviets are, of course, cheating. Using stolen Western computer technology, they have put together a radar system capable of using the entire frequency spectrum to track and outthink any invading aircraft. The free world's bomber force is instantly useless. Well, almost useless. Fortunately for free peoples everywhere, America's military industrial complex has been working on a supersecret technogizmo of its own. The prototypes of the Stealth bombers that were not to have been airborne for another six or eight years are already up and running. A defecting Soviet fighter pilot brings the news of the naughty radar to the Air Force, and, over the objections of the ever-wimpish State Department, the CIA and the military send their supposedly nonexistent radar-invisible superplane to Moscow to take out the pesky gadget. The Stealthy crew includes the Soviet defector, who knows that he'll be facing some very irritable ex- associates. And you thought the cold war collapsed over economics. Harrowing flight scenes aren't quite enough to compensate for turgid technospeak and an incredibly decisive and gutsy president figure. Stealthy plot takes too many direct hits from real-life events.