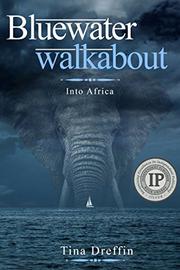 Into Africa: Finding Healing Through Travel

A family sails from South Africa to the Caribbean in this debut memoir.

The travel bug bit Dreffin early when her mother routinely dragged her to the library. There, she fell in love with the idea of foreign lands. When she moved to Houston to become a real estate broker, she felt disconnected. She struggled to pay her bills and was sexually assaulted. Enter Peter: the brother of her older brother’s wife who kept popping up. Dreffin carried a list of qualities she sought in a man and always felt sparks around Peter. When she met him in Florida, something clicked. He asked her to sail to the Caribbean with him, she agreed, and they began a whirlwind romance, living on a boat. In 2002, when their sons, Adam and Warren, were teenagers, she floated the idea of a family “South Pacific Expedition.” This ambitious odyssey set them on a safari followed by a sailing trip from Port Elizabeth, South Africa, to Brazil. The journey took four months. On safari in Kruger National Park in northeastern South Africa, they spied magnificent beasts, coming close to an elephant protecting his young, a herd of 200 buffalos, and a leopard so beautiful it was like “feeling the presence of God.” After the band left Capetown, it soon headed into the ocean on a catamaran. The family saw whales break water, braved a rogue wave that nearly threw Dreffin overboard, and visited towns full of thriving cultures. For all of the thrills of intimately exploring nature, little danger befell the group. Dreffin’s writing is the strongest when unpacking difficult events, such as recounting the death of her daughter in utero or summoning the strength to face the rogue wave (“The demon had knocked me off my feet, leaving me in a tangle of spiraling limbs…I felt fear as never before. It segued into terror as I fought against the pull of the wave”). She crafts a touching tale of travelers at their peak, but often chooses to skim over the dramatic; she alludes to one of the boys aboard having a manic episode due to undiagnosed bipolar disorder, but shies away from describing it. While designed as a family snapshot, the account could have used more tension, elevating Dreffin’s story.

A tender portrait of a clan coming into its own on the ocean.