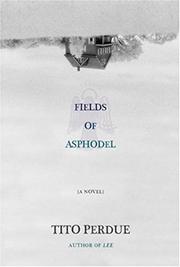 When Leland Pefley awakes, frozen and stiff, in a bleak landscape of decaying pines, he has no sense of confusion or displacement. Rather, as he proclaims in the opening sentence, he is quite sure that he has died. Lee also seems to immediately understand that for him the afterlife will be a quest, or at least a journey. He takes a quick survey of his possessions—a cane, eyeglasses, matches, a little money and even fewer cigarettes—and begins to walk. He falls in with some fellow travelers, segregated by classes according to the number of blankets each is able to hold onto, and quickly finds that hunger, thirst, cold and hemorrhoids are among the many human annoyances that death has not erased. In fact, while the landscape of his afterlife isn’t quite the same as his actual life, it is astonishingly familiar. Lee has one particular purpose: searching (or hankering, as he says) for his wife Judy, who died years before he did. Lee’s romantic yearnings are convincing, as he summons details of Judy’s physical appearance, the books she had read and the property they had shared. But ultimately the quest turns out to be less about Judy and more about Lee. In an oddly Wizard of Oz–like moment, he comes to understand the world that he had navigated, both before and after death, and to recognize what had been important to him before he became a jaded old man.

An emotional parable with an oddly bleak, Beckettian tone.