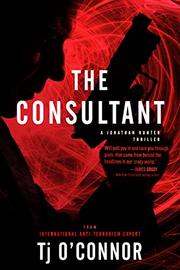 A summons from a long-estranged brother dumps a secret agent into a world of trouble.

Jonathan Hunter Mallory had not seen his brother, Kevin, in more than 15 years, and when he arrives at their meeting place on the banks of the Shenandoah River in Virginia, he finds him under attack. Kevin manages to utter a few cryptic remarks about someone named Khalifah, Maya, and Baltimore, and then he dies from gunshot wounds. Jonathan gets nothing but hostile attitude from local detective David Bond and FBI Special Agent Victoria Bacarro, who's running a Joint Terrorism Task Force out of the small town of Winchester, Virginia—and who tells Jonathan that Kevin was a member of her team. They question his identity, why he hadn't seen his brother for so long, and why he didn't know about Kevin’s wife and adopted son. Mallory is a former CIA operative who is now a special consultant for Oscar LaRue, a legend in spook circles who's not pleased he left his Middle Eastern location to fly back to the U.S. Jonathan immediately realizes he has stepped into something big, but no matter the consequences, his feelings of guilt determine his course. He meets Kevin’s wife, Noor, a stunning Iranian, and their son, Sam, a troubled preteen. There's a small town nearby known as Sand Town because of its Muslim population, and Noor suggests the answer may lie there. While checking out an incomplete address found in Kevin’s pocket, Jonathan follows a young Middle Eastern man to a shopping mall—could this be Khalifah?—but is too late to prevent a bombing that kills hundreds. LaRue has other agents in the field but is happy to use Mallory as bait in his plan to find the masterminds who are planning more attacks to destabilize the United States. Jonathan stumbles over plenty of dead bodies, finds himself threatened from all sides, and is far from certain he can trust anyone in his quest to stop a horrific plot and find Kevin’s killer.

The first in a planned new series for O’Connor (New Sins for Old Scores, 2017, etc.) has a complex plot filled with plenty of action, but the lack of character development makes it hard to warm to his new protagonist.