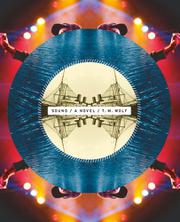 This isn’t the Jersey Shore of those twerpy MTV reality-TV types, but it is modestly Situationist in the '60s sense—surreal, political, a little unhinged, as if Kafka had learned to surf. The narrator has been sloughing off in grad school, but not for any want of intelligence or any Less Than Zero–like need to Hoover up the neighborhood; this guy is smart, smart, smart, “studying metaphysics and teleologies, string theory and eschatology,” but just a little misdirected. What to do? Well, once the university yanks his funding, he heads back home, soon to be haunted by visions of a lovely young thing named Vera. (Connect her name to “truth,” philosophical reader, for the symbolism runs thick in this book.) Vera is also smart, and unworldly, too—perhaps too much so for New Jersey. What to do? Well, have a beer, maybe hit the waves, maybe talk crap with buds who stayed back home and didn’t head into the Big City to get their Baudrillard on. In the end, not much happens, though Wolf can write a nice sentence. The smart and entertaining conceit about his book, the thing that makes it memorable, is the typographic treatment that distinguishes levels of noise—whether from a city street or a crowded party—by its bursts of sans serif and slab serif and demibold obliques, all set in various directions and in various point sizes, making this a feast for the eyes that is oddly reminiscent at turns of the late-'60s Tom Wolfe but assuredly of the here and now—in fact, a literary analog of a kind to the sonic effects Wilco pulls off in Jeff Tweedy’s anthem to clanging urban chaos, “Via Chicago.” It’s something David Foster Wallace might have tried, and in the experiment, Wolf acquits himself well.

Smart, entertaining post-postmodernism, and with surfboards, too.