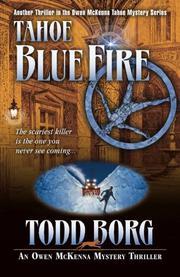 In Tahoe, McKenna takes on a paranoid new client, Scarlett Milo, who fears for her life, and she’s soon found shot to death. The private eye rapidly discovers a possible link to the recent deaths of Darla Ali and Sean Warner, who were both killed by a snowplow. The murder also appears to be connected to a fire at the home of former pro football player Adam Simms; he’s suffering from chronic traumatic encephalopathy (CTE) as a result of taking too many hits on the field, so he isn’t much help to the investigation. But on his own, McKenna goes on to figure out that all the victims had an interest in the Medici family of Renaissance Italy. Accompanied by his girlfriend, Street Casey, the private detective travels to Florence and learns about a diamond that the Medicis owned five centuries ago: the Blue Flame of Florence, which is similar in worth to the famous Hope Diamond. Improbably, Frank Sinatra once bought the Blue Flame as a gift to woo Marilyn Monroe, but its current whereabouts are anyone’s guess—which explains why someone might think it’s worth taking so many lives. McKenna and Street return to Tahoe for a final confrontation with the killer, who will stop at nothing to locate the gem. Fans of old school private eye novels will be in their element with this latest Owen McKenna adventure. Borg doesn’t reinvent the wheel here, but he doesn’t need to do so when he composes his story with such sturdy elements: a dogged gumshoe hero, a gripping narrative, a MacGuffin with an engaging back story, and a tangled but comprehensible mystery plot. As with his previous book, the author also adds a human dimension—this time in the form of McKenna’s touching relationship with Simms, which puts a human face on the tragedy of CTE.

Another satisfying detective novel from Borg, featuring a hero who walks confidently in the footsteps of Sam Spade, Philip Marlowe, and Lew Archer.