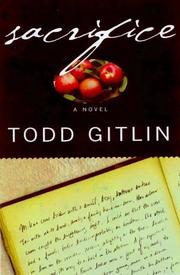 Culture-critic Gitlin takes another stab at fiction (The Murder of Albert Einstein, 1992), surpassing his earlier effort with the story of a long-strained father-son relationship, fathomed only after the father’s suicide. Seventy-six-year-old Chester Garland, a respected psychiatrist, set the process of understanding in motion one August day, when he abruptly dropped in front of a subway train at Grand Central Station. His son Paul, respected for his work as a pornographic cartoonist (in the spirit of R. Crumb), is duly summoned to the office of Chester’s lawyer and handed his father’s journals, which date from the time years ago when Chester went to Paris to give a paper at a psychoanalytic congress, then failed to come home as promised. As Paul turns the pages, he learns of a man frustrated in his career and his personal life, a man who impulsively decided to make a quick trip to Chartres to see the cathedral—but got on the wrong train. A woman he meets on the train, a Czech refugee with a small boy of her own, implicitly offers him an intangible something that he can’t explain (but knows he needs), and they quickly begin an idyllic affair in her town on the coast of Brittany. The liaison lasts for months, dissolving his marriage, ruining his relationship with Paul, and earning the disapproval of his friends. Only a catastrophe can bring Chester back to a semblance of his former life. It’s the long shadow of that event that finally leads him to his lonely perch on the subway platform. Paul’s part in this fractured tale is often heavy-going, but Chester’s journals and the world they evoke provide a fine portrait of a tortured soul who, wholly by accident and only for a moment, found paradise.