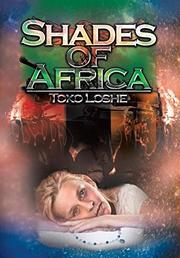 A photo album in prose about the brutality of life in British South Africa.

Loshe’s debut novel offers glimpses into the unrelentingly sad and violent life of Shirley Schreiber in the British South African territories in the mid-20th century (now Zambia, Zimbabwe, and South Africa). Shirley and her siblings are raised by her mother and a brutish drunk of a father who drags them from Durban to Port Elizabeth to the Transvaal and points north in search of work and, later, safety. Businesses are festooned with signs reading “Nee blanks nee” (Afrikaans for “Nonwhites No”), and the sound of tribal drumming fills the air. As the narrator, Shirley remembers and vividly recounts the almost incomprehensible cruelty of the men around her: her father bloodies her brother and mother, a close relative rapes Shirley herself, and revolutionaries behead a gentle servant and burn a woman to death in her car. The man she marries when she comes of age attempts to murder her twice, then threatens to kill their children. Halfway through the story, just as readers assume things can’t get any worse, they’re warned that “the terrifying ordeals that we had survived had only been the beginning.” This is not merely a collection of horror stories, however: Shirley loves the wilderness, enjoys sweet moments with her mother and sister, and feels joy. But because so much of what happens is narrated from a young girl’s point of view, these scenes carry a strange, varying weight: through a small child’s eyes, bouts of sickness and “Soft, yellow, baby chickens” assume the same narrative importance as rapes and beheadings. As a result, this is a novel of subjective reportage, not objective analysis. Still, though readers may not know why or even when events are happening, they’re always presented with vivid pictures of what is happening. Readers won’t be able to stop reading in order to learn more about this bad, vanished world.

A deeply impressionistic, compelling novel about a young girl’s life in the waning days of the British Empire.