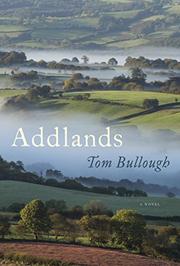 Piety, pugnacity, and secrets shape the lives of a rural Welsh family across 70 years.

Bullough’s fourth novel and first published in the United States is mainly centered on Oliver, who is born in 1941 to Idris and Etty, two homesteaders whose lives appear to be simply circumscribed by their farm and church. As Oliver grows older, though, problems emerge: Idris struggles to keep the farm solvent, his estranged brother has his eye on the property, and Oliver’s youthful interest in boxing expands to a more wide-ranging interest in fisticuffs. Past secrets come up, too—Idris’ grim, no-nonsense demeanor stems from the agonies of his service in World War I, and there’s a secret about Oliver’s past that Etty has hidden as well. As Oliver grows older and becomes a father himself, Bullough means to explore the ways that tensions are passed from one generation to the next. At times that message is communicated opaquely, though. Bullough’s consistent use of Welsh dialect is at once colorful and something of a stumbling block: “sclem,” “mawn,” “mimmockin,” “pwntrel,” “lattermath,” and “addlands” itself, the edge of a ploughland. (Bullough’s website has a glossary.) And the overall fecundity of the prose—Bullough delivers plenty of longueurs about the landscape—can swallow up his characters’ tensions. But as progress stumbles on—church buildings are torn down in 1996, livestock succumbs to foot-and-mouth in 2001—Etty’s and Oliver’s sheer endurance is plainspoken and admirable, even if that endurance has an ironic cast. When Oliver is told that his son’s mother (a disappointingly underdrawn character) has written an important work of “post-pastoral poetry,” Oliver retorts: “Post-pastoral? We in’t done yet.”

A serious if sometimes-overgrown farm tale.