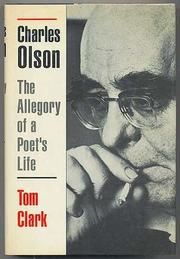 The Allegory of a Poet's Life

Life of Charles Olson (1910-70), the ego-driven poet known as Maximum, who fathered ``projective'' verse and became the grand old man of Black Mountain College. Clark improves over his earlier bios (Jack Kerouac, 1984, The World of Damon Runyon), going all out with scholarship and research in this sympathetic retelling of the life of a poet who saw himself as ``metal hot from boiling water.'' A giant at six feet eight or nine inches, Olson was born in Worcester, Mass., and took the fishing village of Gloucester as the landscape for his free-verse epic effort The Maximus Poems. He early battened on Melville scholarship, and in his middle 30s brought out his first book, Call Me Ishmael, a gutsy but unfocused work whose critical failure shattered him and, in a way, helped reroute him toward his true goal as an epic poet. Maximus is the ``I'' or central figure of The Maximus Poems, a primitive force naming things anew in the freshness of the first morning-Olson called himself ``an archaeologist of morning.'' He was also a scholar of ancient civilizations, mainly Hittite and Mayan, and sw these civilizations as still existing in Gloucester and in him, Maximus, who was the totality of his family history, eruptive and overwhelming. As Clark shows, Olson's self-focus dried up his common-law marriages, may or may not have driven his younger second wife to suicide by automobile. While Olson's theories tried to wall him off from ego, and his poetry shows objects as archaic objects without the mediation of the poet's soul, his dependence of amphetamines, alcohol, and pot sent his ego billowing during his last decade and made much of his work diffuse and ragtag. Clark records all, accepts Olson's various self-estimates and solemn need for drugs, never suggests there might have been a better epic had Maximus had a rebirth beyond chemical ego. Told at a steady plod that takes Olson's ideas perhaps more seriously than warranted but that points steadily toward the writer's best work.