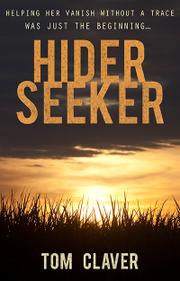 An expert at getting people off the grid must find a woman he helped to disappear in this debut thriller.

Harry Bridger is good at tracing debtors, fraudsters, and missing heirs, but he’s even better at helping people who want to go missing. Angela Linehan, for example, wants to start a new life for herself and her son away from her powerful, “stinking rich,” and abusive husband, and she’s willing to double Harry’s fee for him to make it happen. But no sooner does Angela get gone than Harry is plunged into circumstances that noir-fiction fever dreams are made of. For starters, Ed Parker, a childhood friend who connected him with Angela (and who married his ex-wife, Bethany), is found dead. So is Angela’s husband, who was shot with the same gun that killed Parker. Angela’s husband had cautioned him, “The boys in blue have developed bad vibes about you.” So where does this leave Harry? In “a big pile of doo-doo,” as Inspector Wallace Gemmell inelegantly tells him. It’s soon revealed that there are shady deals afoot: millions of dollars are owed to the wrong people, and Harry faces possible dire injury if he doesn’t come up with Angela. The hits just keep on coming (often literally) in Claver’s auspicious British crime thriller. It offers an archetypical flawed hero who has personal issues (a drinking problem, an estranged father, an ex), refuses to “bend with the wind,” and sees things as “either black or white.” Overall, though, it’s an engaging read that manages some surprises amid all the familiar genre tropes. The scenes of physical menace, in particular, are all the more effective in Claver’s elliptical style, such as when Harry mouths off to a henchman: “ ‘So can I go now?’ asked Harry. He forgot to duck.”

A novel about a finder that’s a real find.