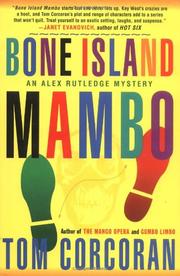 Freelance Key West photographer Alex Rutledge (Gumbo Lindo, 1999, etc.), who keeps his Kawasaki tuned and his beers lined up by filling in for the police department’s regular crime-scene photographer when he’s unavailable, is called on to document two different corpses who not only share the same death-day, but the same birthday, the same vital statistics, even the same name: Richard Engram. How can that be? It all ties in with Key West’s leading criminal enterprise: construction rip-offs, with side excursions to a stolen-car depot, several drug-distribution centers, the backseat of local reporter Marnie Dunwoody’s car, her brother Butler’s building site, and setups too numerous to mention, which not only make ill-tempered, money-loving Heidi Norquist look bad but make her fancy Jag disappear. Bodies go down quicker than the margaritas at Jimmy Buffett’s place. Alex is tailed (natch), pummeled (of course), and loved (this is the sex-drenched tropics, after all) by the queen-sized Teresa Barga. By the time sunset rolls around, Alex has fought his way through zoning irregularities, permit fixing, and smart-mouthing from ex-girlfriends—not to mention as many clues as six-packs.

Corcoran’s staccato riffs (who needs nouns anyway?), mildly entertaining rejoinders, and Key West setting (which he gets dead-on, the chickens scratching under the tables at Blue Heaven to the traffic upheaval on Caroline Street) make this prime hammock-fodder, and about as logical as your average conch’s thought processes.