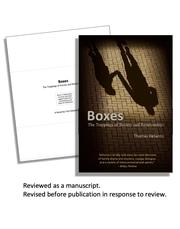 The Trappings of Society and Relationships
by Tom DeSanto
GET WEEKLY BOOK RECOMMENDATIONS:

A bored technical writer in an unhappy marriage tries to disappear, but his father-in-law has a private investigator hot on his trail in this debut novel.

Tim Adams used to be a PR executive at Courtland Chemical Industries. But after attempting to expose CEO Richard King’s malfeasance, Tim was relegated to the tedious world of the technical writing department. He does not love his new role (“Working at Courtland Chemical Industries was as toxic as the deadly substances he wrote about”), and to make matters worse, the obnoxious new PR guy mercilessly taunts Tim about his demotion. Things are no better at home, where Tim’s wife, Angelica, is as miserable in the marriage as he is. He married into a tough-as-nails Italian American family in Philadelphia that’s headed by patriarch Luciano Dante, owner of the storied restaurant Dante’s Italia. Luciano isn’t happy with Tim either. He wants Angelica to take over the business upon his retirement, but she has no interest in doing the work required, and Luciano feels things would be easier with Tim out of the way. Just as Tim is taking out personal ads under the pseudonym Adonis, Luciano hires a private detective, hoping to catch his son-in-law having an affair. As it happens, Tim is planning to leave town with one of his children and vanish, but he ends up being followed by not just the PI, but also by federal officials. In his zeal to assume a new identity, his counterfeiters made him an unwitting credit-card fraud mule, and Tim’s disappearing act has made him a prime target. What seemed like a meticulously planned trip into the unknown has now turned into a high-wire act that puts his future in serious jeopardy. DeSanto’s briskly told story has vivid elements of family drama and mystery, snappy dialogue, and a variety of interconnected plot points. Though it is clear that Tim’s tale is the central one in the novel, some of the storylines are unnecessary or lead to overcomplication (the problems at Courtland Chemical alone, for example, are enough to sustain the book). As it is, though, the family issues and Tim’s escape have terrific details and believable characters, and the addition of a little cloak-and-dagger action makes the tale even more compelling.

A lively but overly complex story about the lives and loves of some unfulfilled Philadelphians.