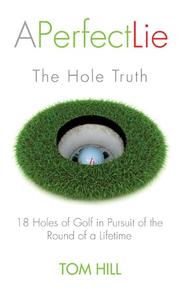 A Perfect Lie: The Hole Truth

A story of 18 holes that many Sunday golfers would be proud to call their own.

Hill’s tale of Don Reynolds having one of those magical days on the links has the immediacy of a memoir. Don and his friend Pablo (a red herring of a character, since we never learn why he urinates so much) are playing a game of skins with two strangers, Kenny (the hacker neophyte) and Philip (the wisenheimer), and the foursome in front. The course is a breezy, scorching Southern California desert landscape, which Hill draws intimately—“the color scheme touches all phases of the palette from beige to brown, yellow to orange, and silver to green.” As Philip razzingly coaches his brother Kenny along—“Get back on your right side. Get over your right testicle. It’s all on the right testicle, dude”—Don slowly gathers his game. He’s no duffer, nor is he a scratch shooter, but he is headed that way. He keeps racking up the pars, a birdie now and a bogey then. Don is a likably familiar guy, self-deprecating and carefree in his honesty—he admits to smoking Salem Lights, heaven help him—then gets a little tetchy as the pressure mounts. Don’s mind hops all over, from Camus to the fake boulders on the golf course to Usain Bolt to the unhinged (“I’ve never finished even par for 18 holes; that’s...better than my best sexual fantasy come true”). Debut author Hill occasionally overwrites (“It disappears into the sand like Absolut into orange juice”), so when Don slips into the zone—a place where many a sportswriter has gone to die—during his final three holes, it’s no gimme. But Hill nails it square, feeling that out-of-body state of dazed awareness when everything is lit from within and time slows to a saunter.

It’s a salute to Hill to say he is no Herbert Warren Wind or Michael Murphy; this golfing saga is all his own.