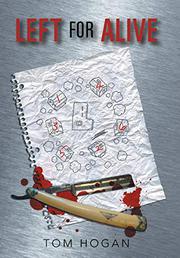 A literary novel tells the story of a reporter’s investigation into a mysterious commune on a California mountain.

Carol, a freelance magazine journalist, comes to San Tomas looking for the missing Donna Fairchild: “Glamor girl attorney, runs with the Panthers, gets wrapped up in a murder, then vanishes for the past three years. Just because she’s not on the cover of TIME anymore, don’t believe for a moment she’s yesterday’s news.” She suspects that Donna has fallen in with Josh Clements, a controversial prison reformer who runs Moetown, a nearby mountain campground populated with ex-convicts. Josh also happens to be the cops’ first stop in every local rape case and is known to disappear every six months. Carol suspects that Josh also has something to do with the unsolved murder of a Chicano political agitator. Josh refuses to speak with her, and while his close-knit community of friends and associates—including a disabled bartender, a disgraced professor, a charming liar, and a silent murderer—answers some of her questions, who knows if she can trust what this group has to say. Carol finally manages to track down Donna and wear Josh down, but when the reformer’s brother, Paul, appears—and as the rapes continue—the story proves more complex than the journalist ever expected. Hogan’s (The Ultimate Start-Up Guide, 2017) prose is gritty and observant, particularly his descriptions of the various outlaws who populate his pages: “He’s smooth,” one character says of another. “Not slick-smooth, just smooth. Trouble is, everyone up here is pretty rough.” The novel has a bit of a shaggy-dog quality—old mysteries are answered and new ones emerge—but the diverse players are intriguing enough to pull readers through the digressions and MacGuffins. A bit of trimming would have improved the pacing, and the ending feels a bit manufactured. But its backwoods 1970s setting—Carol jokes in the first sentence that “it’s like I’m sitting with the cast of Deliverance”—and its exploration of misdeeds, trauma, and rehabilitation make for a reading experience that feels both heightened and familiar.

A mostly impressive tale about criminals that will hold readers hostage.