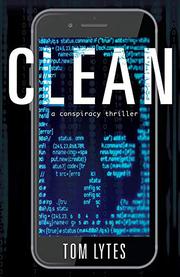 From the Vortmit series, volume 1

A police officer investigates a sinister computer program that targets “unfit” people for assassination in this thriller.

A programmer known as Vortmit describes his creation, Clean, as follows: “If the program acquires enough information to declare somebody guilty and unfit for society….That person will die. It might look like a car accident, or a suicide, or a mugging, but the result will be the same. And the Clean program will be behind it,” hiring hitmen or blackmailing others to carry out its missions. In just one week, Clean has been responsible for 1,312 deaths, with more to come. Vortmit’s convoluted scheme involves using the program to ensnare Donald Trump–like New York gubernatorial candidate Carson Miller, who’s running on a platform of cleaning up “the cultural dumpster that America has become.” A police officer named Peggy knows Clean’s terrifying power firsthand; it blackmailed her into killing her own brother, who had a connection to Vortmit—and then her name was added to Clean’s database. She teams up with an FBI agent named Finley to try to shut it down. Lytes’ series launch is part-Westworld in its depiction of deadly technology and part–Black Mirror in its reflections on the power that technology has over our lives: “Why do we put so many decisions into the hands of computers?” Peggy says at one point, in a statement that’s a little too on-the-nose. “To keep us safe? Make our decisions?” It’s never made clear what Vortmit’s motives are for unleashing Clean on the world: “Clean has always been about money,” he says to himself at one point. “And that money will give me the power I need to do what I want.” But what he actually wants is vague. Several characters operate under aliases, which further complicates the narrative, and it frustratingly takes Peggy and company the entire book to make connections that the author reveals to readers early on. Still, the story has a propulsive energy and some neat turns of phrase, such as “mantle count”—the number of constituents at a campaign event who want photographs with a candidate.

A fast-paced but credulity-straining tale.