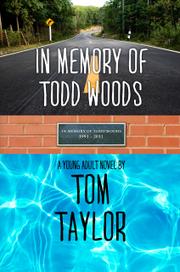 IN MEMORY OF TODD WOODS

Bob and Pete have been best friends since before they can remember. They speak to each other in Star Trek code, know all the tricks in every arcade game and can talk about anything while sitting under one specific traffic light at a quiet intersection. The only problem? They’ve both recently fallen in love with Ellen Trumbull, the most beautiful, most popular girl in school. When Ellen takes a fancy to Bob and introduces him to her rarefied social milieu, Pete is left on the margins. Bob finds that he has no one in which to confide his anxiety about all the new experiences related to having his first girlfriend; to his adolescent dismay, he also has no one to brag to. While Pete builds a life without him, Bob discovers that all is not as perfect as it seems in the upper echelons of high school society. Although the jocks and prom queens present a veneer of coolness, the suicide of one of their own, golden boy Todd Woods, has thrown their assumed invulnerability into question. As Bob and Pete strive to reconnect after Bob’s romantic betrayal, they discover that everyone, even the wealthiest and the prettiest, suffers from the same emotional growing pains. Taylor channels the thoughts, feelings and perspective of the male teenager so effectively that the reader may experience acute nostalgia—whether positive or negative—for his or her early teen days. It’s curious, however, that, despite providing the title and the conceit of the novel, Todd Woods’s suicide remains somewhat vague. Ultimately, though, this oversight matters little; the real subject of this coming-of-age novel is the precarious evolution of male friendship.

A heartfelt yet unsentimental look at the lives and loves of American adolescents.