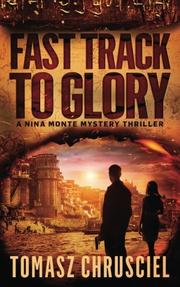 One man’s quest for power centers on an ancient artifact in this international thriller.

Nina Monte is an academic expert on religious antiquities and has spent much of her adult life thinking only about the past. But that changes when she’s recruited by an Italian government agency to evaluate a relic found on a 15th-century galley. This prospect excites Nina, as she feels that “something else awaited her there; something, she sensed, that had been there a long, long time. Something of value that was far beyond measurable.” After she arrives at Lake Garda, the relic’s location, she meets lonely hotelier Alessandro Pini, who soon becomes her partner in her adventure. She quickly discovers that the inquiry is actually a ruse by treasure hunter Lammert van der Venn, who’s discovered an ancient stone tablet and wants Nina to decipher its writings. Van der Venn thinks that the tablet’s mantras will grant him power: “I’ll be among those who walked into the Kingdom of Heaven, alive,” he says to Nina, who refuses to help him after finding out what kind of man he is—so he sets his sights on her Indian grandmother Sati who first told her about the tablet years before. Soon the race is on to find Sati, with Nina and Alessandro pitted against van der Ven and his henchmen. Chrusciel (Illusive Intrusion, 2014) uses detailed research to add necessary authenticity to scenes set in Germany, Italy, Austria, and India, such as in this description of Milan’s Piazza del Duomo: “In the middle of the square, to her right, she passed the monument of King Victor Emanuel II, who watched over the Gothic cathedral and other surrounding buildings.” His characters develop throughout the novel, as bookish Nina and mousy Alessandro do more than they ever thought they could do in order to help those they love. The story’s pacing is appropriately breakneck as the couple hurry around the globe and stay just ahead of van der Venn’s lurking shadow. In the end, the tablet’s mysterious powers remain nebulous, but just enough is revealed to suggest that no one should possess them.