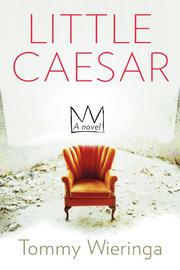 The poet Philip Larkin’s famous observation that your mom and dad really mess you up is aptly illustrated in this offbeat, atmospheric novel by Dutch author Wieringa (Joe Speedboat, 2010, etc.). Though the narrative takes awhile to reveal itself, the book is ultimately about the psychological damage inflicted on Ludwig Unger, a gifted young pianist, by his absent father and manipulative yet seductive mother, Marthe.

Ludwig’s relationship with Marthe is initially peaceful, if sensually charged; their bonding ritual involves her dressing him in her clothes and painting his face with makeup. Their almost-romance is breached when he learns—improbably, not until his teens—of her previous life as Eve LeSage, a world-famous star of pornographic films. Neither of them tries to understand why Ludwig is so enraged; she returns to California and resumes her career while Ludwig drifts passively through relationships with a string of women. Marthe remains in control during the book’s final third, when she is diagnosed with an early, still-curable form of breast cancer and against Ludwig’s wishes, refuses anything but ineffective alternative treatments. Her death is long and painful; in a metaphor perhaps too obvious, one of her last gestures is to grab Ludwig at her bedside and attempt to bite into his neck. The book leaves Ludwig with the overdue possibility of a future, after he’s lost Marthe and provoked a cathartic physical confrontation with his father. Because the action in the story is largely internal, the book’s pace can be frustrating—as can Ludwig himself, when he deserts a woman who’s an obvious lifeline in order to sink deeper into co-dependency.

This haunting book doesn’t try to sort out Ludwig’s internal life, it just places the reader in the middle.