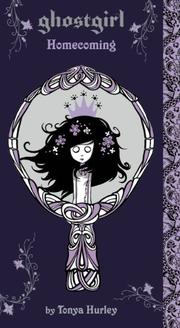 Undead underdog Charlotte Usher is resurrected in this sloppy, piecemeal follow-up to 2008’s sleeper hit GhostGirl. Petula, the vapid, snotty, über–it-girl sister of her best friend in the world of the living, Scarlet, goes into a coma after a pedicure goes dangerously awry. Using tricks she and Charlotte discovered in book one, Scarlet self-induces a coma and enters the world of the dead to bring back her sister’s soul. Jealousy, guy drama, back-stabbing and bitchery all run amok, especially in the guise of Maddy, Charlotte’s new frenemy from the world of the dead. As in the first installment, Hurley knows how teen girls talk and scores big on smart, snarky jabs and stabs that are sure to make their way onto the tongues of her readers. Her plotting, however, feels flimsily sewn and reads more like a series of brief episodes strung together than a fully fleshed novel. Despite these faults, there are moments of genuine, laugh-out-loud humor that should keep fans dying to read more about Charlotte, Scarlet and their ghostly entourage. (Fantasy. YA)