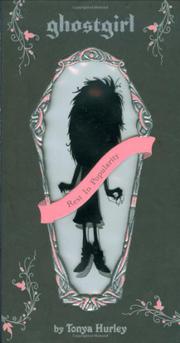 The only place social-climbing wallflower Charlotte Usher seems destined to go is Loserville until she chokes herself to death on a gummy bear in physics lab and passes from the world of the living to dead. Even there, though, she’s dubbed a scrub by her fellow dead classmates. Longing to hook up with still-living crush Damen, she contrives a scheme with Scarlet, the über-cool goth-vintage-chic sister of Damen’s brainless, bombshell girlfriend. The pact: Scarlet agrees to let Charlotte possess her body to pursue Damen, and Scarlet gets to hang with the cool dead kids. Each of Hurley’s two lead heroines perfectly mirrors the other: One longs to be seen, one wants to disappear. Hurley attempts to flesh out their world in true Rowling-esque form, with side plots aplenty and a kooky slew of offbeat minor characters with mixed results; check out www.ghostgirl.com to get the full visual effect. Still, she beats out witty teen-speak like a punk-band drummer, keeping the narrative fast-paced and fun yet thought-provokingly heartwarming. Goofy, ghastly, intelligent, electrifying (Novel. YA)