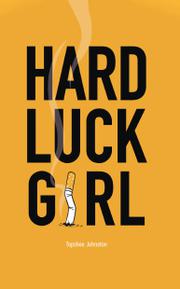 After escaping a traumatic childhood, Rose came to Victoria, British Columbia and met the beautifully dressed Sara Starcher, who told her that, for women, more money meant more respect. From there, Rose met Rodney Gregory Brennan, the man who would become her pimp, and entered a life of sex work. Things had been going relatively well with Rod—until the morning that she finds him dead in his hotel room, next to an array of illegal drugs. Ever a bold risk-taker, Rose opts to steal Rod’s cellphone, hide his body, and start running his operation herself. Soon, she’s collecting money from other sex workers and spinning stories about how Rod is on the run from the law—all while trying to figure out how to get rid of his corpse for good. Then she hears that people are starting to doubt that Rod actually hit the road. Two aggressive twin guys have been poking around Rod’s territory, and most troublingly, Rose’s handsome but creepy regular client, Linden Aubrey, is asking too many questions. She starts retracing Rod’s movements in the days before his death and stumbles into a criminal conspiracy. Johnston offers all the expected hard-boiled elements in this mystery—including shady characters, near misses with the police, rampant sex, drug use, and violence. Protagonist Rose certainly fits well into the genre with her brazen dialogue: “Name’s Rose, and I’m a prostitute,” she boldly tells strangers. “Feel better now?” But she also offers up the book’s most unexpected elements. Her struggle to dispose of Rod’s body, for example, is black-comedy gold, and her eventual team-up with gay sex worker Taylor results in some great, quirky exchanges of dialogue. Johnston provides plenty of suspenseful set pieces throughout, but the mystery surrounding Rod’s death is never as engaging as Rose’s jaw-dropping attempts to become a queen of vice.

A gritty novel with a surprising and strong female lead.