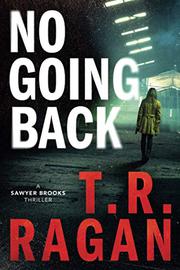 Despite the title, a crime reporter’s deeply disturbing past comes back to haunt her.

Sawyer Brooks and her two sisters all bear psychological scars from years of living with sexually abusive parents. Sawyer, who’s made a name for herself as a crime reporter, is covering the case of the Black Wigs, a cadre of female vigilantes wreaking revenge on unconvicted rapists by kidnapping and humiliating them. Sawyer’s sympathetic to their cause, but when men start to turn up dead, she fears that a copycat is at work and uses all her sources to track down the backgrounds of the men involved. Although she turns up information that links the crimes to a Dickensian orphanage that eventually burned down, her nemesis, Detective Perez, won't listen to her theories. She’s forced to work with tough fellow reporter Lexi Holmes, who’s far less sympathetic to the wronged women and wants to see them unmasked. Sawyer enlists her sister Aria, who works at a shelter and prefers animals to people, to investigate while worrying about Harper, the elder sister whose marriage is very fragile and who’s keeping secrets from everyone. Although all the women have been deeply wronged by a legal system not always sympathetic to their suffering, Sawyer still finds it hard to believe that the Black Wigs would resort to murder.

A disturbingly violent portrayal of a systemic problem that will leave you sympathetic but unsatisfied.