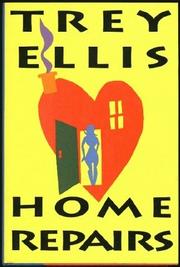 Ellis's second novel (Platitudes, 1988) is mostly doodling- -ostensibly the journal kept in the 1980's by an affluent black whose mind is filled with women he loves madly but momentarily, and usually chastely. ``I'm just going to dredge up all the bad memories I've had in my love life and see if hindsight will show me what I've been doing wrong,'' says Ellis's hero, Austin McMillan, the oversexed romantic—Andover, Stanford, Europe—whose book this is. On the one hand, it's simply his list of lusts, beginning with Ruthie, the ``Kissing Cootie,'' and ending long after the reader has lost interest. This isn't to say there's not a fair amount of funny stuff inside this shapeless manuscript—it is to say that Ellis's use of the journal format results in endless brief entries that most self-regarding novelists would have stitched together with a greater sense of dramatic invention and coherence: ``I've just read The Sorrows of Young Werther for the third time, and it wasn't even assigned.'' ``If I could just touch her butt, then my at that time fourteen-year losing streak would end.'' Priorities at Stanford: ``1. Fall in love 2. Get laid 3. Become cooler....'' Austin's comedy of errors with regard to the fairer sex, along with his litany of books read and sights seen, are no more interesting than what any kid of privilege down the block might invent to flesh out a slow afternoon. A collection of vignettes, wet dreams, and sweet-natured obsessions with women and sex that is more slice-of-life sociology than fiction: the genuinely amusing episodes—and there are a number of them—get lost in the muddle.