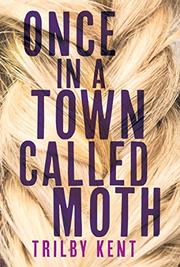 ONCE, IN A TOWN CALLED MOTH

Ana’s move from an isolated Mennonite colony in Bolivia to Toronto is both a culture shock and an opportunity for Ana to search for her mother, who disappeared 10 years earlier.

Alternating chapters compare snapshots of Ana’s life in Colony Felicidad with her adaptation to modern city life—from seeing ethnic diversity to public school. The white 14-year-old’s focus on emotional relationships in both settings reveals universal truths about human nature’s highs and lows. In the colony, everyone knew each other and greeted each other with affectionate nicknames. Kindness is also found in much larger Toronto, as two white neighborhood teens shepherd Ana through her grade nine year. Conversely, both settings also have sinister sides. Understanding her mother’s disappearance requires facing the abuse and potential lawlessness that exists within Colony Felicidad, while Toronto’s dangers are evident in Ana’s musings about an unsolved Toronto kidnapping and her private navigation of potentially inappropriate attentions from her French teacher. Lyrical writing imbues simple scenes with complex emotional undercurrents, as when a character slides “a plate of dumplings onto the table before snapping apart two chopsticks and jabbing one into a soft, sauce-speckled belly.” The motions feel almost casually violent, slyly suggesting untrustworthiness. It’s these descriptions that truly develop the novel’s mystery-laden tension.