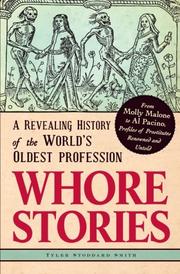 A Revealing History of the World's Oldest Profession

Everything—and everyone—seems to be for sale in these riotous biographical sketches of famous and infamous prostitutes.

Like his subjects, humorist and The Nervous Breakdown contributor Smith wants to offer a good time. In these nuggets of smarmy gossip, he rambles across the whole history of whoredom, from the Roman empress Messalina, who was said to have gone to work in a brothel for kicks, to latter-day strumpets Heidi Fleiss and Jeff Gannon, the online escort who moonlighted in the White House press corps. He toasts brainy 17th-century courtesans, like the Chinese poetess Liu Rushi and the French philosophe Ninon de L’Enclos, and modernist littérateur Jean Genet, who peddled himself to British sailors for sardines and bread. His favorite category of prostitute is the kind you’d never imagine, among whom he numbers Malcolm X, Hollywood he-men Steve McQueen and Clark Gable, and The Brady Bunch’s adorable Maureen McCormick. Smith wouldn’t be caught dead drawing sociological insights from any of this data; he’s strictly out to regale readers with lurid anecdotes, chortling color commentary—“Hell hath no fury like a whore cheated out of her opera tickets”—and miscellaneous zingers. For instance, Bob Dylan’s dubious claim to have sold his body in his salad days makes the author wonder why anyone would pay for sex with “a jaundiced gnu.” Despite his assertion of a nonjudgmental stance, Smith is furiously judgmental toward anyone who cops a moralistic attitude: Televangelist (and secret john) Jimmy Swaggart is “a loathsome pig too tainted even for the abattoir,” and Nancy Reagan is a “hypocritical charlatan.” There’s nothing too edifying between these covers—even the digressions on Diogenes and Hegel are lightweight—but Smith’s caustic wit and bawdy exuberance will keep readers amused.