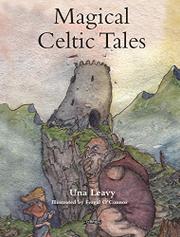 Gathered from, mostly, public-domain sources and fluently recast with occasional modern inflections (“Meanwhile, back at the court, King Gwrtheyrn was depressed”), the stories largely skip past explicit gore or violence to play up family and domestic values. Thus “Conor the Brave” takes on several (rather easily defeated) giants to keep his widowed mother in firewood; Hamish (euphemistically dubbed a “seal catcher”) takes up trade in sealskins to help his impoverished Scottish clan—and sincerely repents after discovering that selkies are real; and a Cornish couple is rewarded with a human child for looking lovingly after a changeling for 10 years. In a “Rumpelstiltskin” variant from the Isle of Man that puts at least a mild spin on convention, slacker housewife Blaanid mends her ways after her own procrastination forces her into a deal with a scary giant in order to get her hardworking husband a coat. In O’Connor’s brushy watercolors, red-haired or blond young white folk in ragged country clothing intrepidly face portly giants or pointy-eared fairies in rugged wind-swept landscapes. American tongues will wish in vain for a pronunciation guide to the Welsh and Gaelic names, but in her endnotes, Leavy does supply both context and sources for each story.

A fresh alternative to dustier collections, well-tuned for reading aloud.