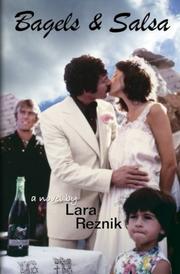 A Jewish woman from Manhattan takes a chance on love with a Hispanic doctor from New Mexico and confronts cultural and geographic differences in novelist Reznik’s (The Girl from Long Guyland, 2012) sequel.

It’s 1977, and 28-year-old Laila Levin has a successful career as a sociologist studying teen pregnancy. Still, her mother isn’t happy that Laila isn’t married—or even seriously dating. But although Laila’s not looking for love, she stumbles into a relationship with physician Eduardo Quintana. Almost immediately, he invites her to move with him to his hometown of Espanola, New Mexico. Laila accepts, transplanting her life and career out of the big city. However, adjusting to small-town New Mexico life is hardly the worst of her troubles, as she faces anti-Semitic hostility from Eduardo’s mother and added pressure from the fact that Eduardo’s high school sweetheart is back in town. Meanwhile, a stalker is determined to make Laila the girl of his dreams. Reznik draws on some elements of her real life in this novel, and the humorous details of Jewish and Hispanic family life ring true, offered with a smattering of Yiddish and Spanish dialogue. The author tells a simple love story, but she structures the novel to provide a panoramic view of her characters. This is her second book featuring Laila as a protagonist, who tells the story from a first-person point of view in some parts. But other sections, in the third person, follow Eduardo, Eduardo’s mother and ex-girlfriend, and even Laila’s stalker. Although the jumps between perspectives are sometimes jarring, this technique allows Reznik to add depth and motivation to secondary characters. She also stays true to her theme of overcoming cultural differences. Overall, the story is well-paced, with scenes of excitement and danger. However, it’s also full of coincidences and conflicts that are too easily resolved, and the prose is often unimpressive: “Should I break it off with him? Avoid the inevitable hurt when he left? The decision was agonizing.”

THE GIRL FROM LONG GUYLAND
by Lara Reznik

THE BOOK OF ILLUSIONS
by Paul Auster
Fiction