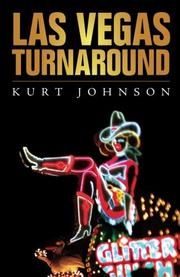 In Johnson’s debut thriller, a sizable, hidden stash of cash triggers greed, deceit, and murder among a group of Las Vegans in the mid-1980s.

Claire Welch left her career as an escort behind after she suffered a severe beating from a client. Now she’s studying to be a nurse’s assistant and lives in a house that’s up for sale; she fixes up the place and keeps bums away in lieu of paying rent. Her quiet life is interrupted by her loathsome brother-in-law, Wood, who drops off his 13-year-old stepson, Frankie Barleto, who has special needs. Wood claims that Claire’s estranged older sister, Sally, has ditched him, but he’s more interested in the fact that Sally has hidden $30,000 somewhere—the results of a casino scam involving a suspiciously generous slot machine. Later, a skeptical casino security guard comes looking for Sally at her workplace, Tramps, a nightclub owned by her father. Wood, meanwhile, gets increasingly more aggressive, and he eventually attacks Claire’s new landlord, Red Jacket, who stays on the property and helps care for Frankie. Wood believes that the teen may be in possession of the cash, so he wants to take him back from Claire—a demand that, if unmet, could lead to homicide. Johnson makes sure to take his time establishing his characters, and this unhurried pace makes the more shocking moments, such as an unplanned murder, all the more effective when they eventually arrive. The players are all refreshingly realistic; Claire, for example, notes that she finds Red appealing even though he’s “like a troll or a garden gnome.” It’s no surprise that Wood comes off as the seediest character in the story, but Johnson still renders his details subtly; even Wood’s side job—retrieving and disposing of dead pets—comes off as chilling. Frankie’s sensitive portrayal is perhaps the best of all; some characters write him off as “retarded,” but Red manages to connect with him by trying to understand his thoughts and feelings.