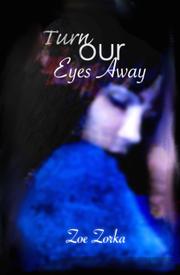 Turn Our Eyes Away

Hoping to solve a violent crime, police explore the electronic journals of two women in this fiction debut.

Detroit police receive an emergency call regarding the death of a woman in her late 20s. The caller, another woman of the same age, hysterically claims “it’s all my fault.” The police take her into custody and access not only her phone and iPad, but the victim’s electronic devices as well. This results in the analysis of two journals—one belonging to Oda “Olivia” Mizra, the other to Tiffany Harris. The two were friends in high school, then had a falling out senior year; both young girls suffered savage taunts for being overweight, but Oda was teased even worse for her Iraqi ethnicity. As adults, age 27, they led very different lives. Downtrodden Tiffany was an unmarried mother of two who couldn’t catch a break at work or in love. Beautiful Oda was a copy editor at the local newspaper, studying for her master’s degree in journalism and engaged to a pilot named Ashley. As their old high school cliques began to reconnect and strive for settled adulthood, Tiffany and Oda’s collision was inevitable. So, who killed whom? Debut novelist Zorka does an exemplary job capturing the millennial mind in all its tempestuous—and awful—glory. Oda, having absorbed a lifetime of bullying, is now one herself, as when she says about a painting at an art gallery, “This one represents the artist’s inner turmoil and frustration with not yet being promoted to the day manager of Applebee’s.” Her equally shallow cronies worship her, but Oda’s toxic personality has no off switch. Occasionally, someone tries to dose her with reality, as when Ashley tells her she’s “still living in the same high school world as all those people you despise.” Tiffany, meanwhile, wants to marry into wealth. The narrative, alternating between the two, ends up serving Zorka’s anti-bullying stance, but spending hundreds of pages with her insufferable protagonists may be a tough sell, even to the 20-something target audience.

A valuable message sealed in a hefty, bitter pill.