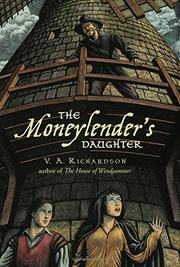 The House of Windjammer

This plot-driven sequel to The House of Windjammer (2003) depicts further adventures of 16-year-old Adam Windjammer as he evades pirates and engages in battles to restore glory to his family’s name. After the financial ruin of the Windjammers, Adam sails to the Americas in search of his uncle’s shipwreck. Meanwhile, Hector van Helsen, the power-hungry moneylender responsible for the Windjammers’s plight, continues to search out ways to gain full ownership of their shipping company. In his quest for yet more money, van Helsen arranges to marry his daughter, Jade, to a powerful family. Jade, however, has other plans. To escape her father’s tyranny, she disguises herself as a boy and embroils herself in the war between her father and the Windjammers. She eventually teams up with Adam by the story’s end, although her motives are confused by her undying desire to earn her father’s respect. Packed with sea-faring terminology and details about 17th-century Amsterdam, this is one for sophisticated younger readers who love a good adventure story. Another entry in the series is sure to be forthcoming. (Fiction. 12+)