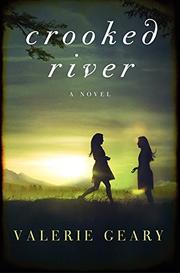 Two sisters growing up in rural Oregon find their world shaken when they stumble across a dead woman in the river that runs through their father's property.

Ollie, who's 10, and 15-year-old Sam aren't just sisters—they're best friends, brought closer by their childhoods in a semifunctional family. After their father leaves, the girls' mom must raise them on her own. When their dad—nicknamed "Bear"—eventually resurfaces, he takes up living alone in the woods, where they see him infrequently. That is, until their mother dies of a heart attack and the sisters must move in with Bear and adapt to his crunchy nature-man lifestyle. His way of life is far from traditional, but the girls love it—he lives in a teepee in a meadow, with beekeeping as his primary source of income. The body the girls discover is at the center of the somewhat predictable mystery story that follows. The sisters, who alternately serve as narrators with very different voices (though Ollie is only 10, she reads as older), are increasingly consumed with solving the woman's bludgeoning death. Most townspeople don't seem surprised when Bear is fingered for the crime, though Sam and Ollie never believe their father is guilty. The girls spend the remainder of the novel trying to pinpoint the real criminal and save their dad from a jail sentence (which would leave them parentless). This is primarily a whodunit peppered with supernatural ghost talk (Ollie sees spirits she calls “The Shimmering,” who follow her throughout the tale). Unfortunately, much of the paranormal subplot is tepid; Geary is a solid writer, though some of her phrasing can veer toward the overwrought, and some of the “country speak” she makes the characters engage in feels awkward. The book's core mystery is also disappointing—the identification of the dead woman’s killer doesn't feel revelatory or surprising.

A slightly jumbled debut that, while well-written, could have gone places it didn’t quite manage to reach.