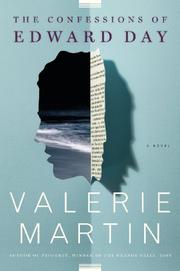 THE CONFESSIONS OF EDWARD DAY

The title character, whose great secret is his unjustified sense of responsibility for his mother’s suicide, begins his acting career in New York in 1974. During a weekend at the beach, Edward experiences two life-changing events: He seduces beautiful actress Madeleine Delavergne, and he is saved from drowning by aspiring actor Guy Margate. Not sure who is more bound to whom, Guy and Edward, who look somewhat alike, become lifelong competitors both as actors and as Madeleine’s lovers. At first Guy gets the roles and good reviews, while Edward wins Madeleine. Then during a season away at a summer theater, Edward transforms himself as an actor and begins to find genuine success. But Guy and a pregnant Madeleine have married, supposedly for propriety’s sake. Although Madeleine’s pregnancy turns out to be ectopic, and although Edward and Madeleine fall into each other’s arms almost as soon they run into each other, her marriage with Guy continues. Skip ahead six years. Guy has stopped acting, zealously devoting himself to Madeleine and her burgeoning career. She and Edward, who is also doing well, find themselves cast as lovers in Uncle Vanya. Offstage they are as attracted as ever, while Edward and Guy are mutually hostile. Then tragedy strikes. Much is made of the 1970s setting, but these characters seem to live in an earlier, more uptight decade. The arch narrative tone might be forgiven as purposely actor-ish if the plot didn’t feel so forced.

Occasional sharp insights, but the book is not as strong as some of Martin’s previous efforts.