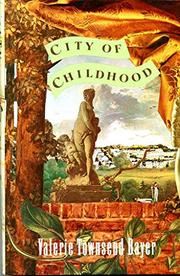 A Victorian child's private world is revealed in dark, somber tones—in this densely textured but uneven debut from ex- psychotherapist, antique dealer, and painter Bayer. A complex aggregate of scenes conveys the extended family and London childhood of Emma Forster, a forgotten novelist whose past comes painstakingly into focus through the incessant labors of two women, one American, one British, inspired to save Emma's house and legacy from ruin in the 1920's and 30's. Memoirs, correspondence, excerpts from a novel, and family papers shape a portrait of a significant two-year period (1835-36) when Emma's half-Italian cousin Darius arrived to change forever the private world of Marlborough Gardens, where the many Forster children gamboled daily amidst its controlled profusion of nature. Darius quickly dominates his cousins, tutoring them in the ways of war and eventually prompting a family feud in the form of a bloody brawl involving 150 children. Emma, made to feel ugly because of a prominent birthmark, basks in Darius's protective understanding and falls in love with him, but their paths diverge when he and his mother tempestuously depart the Forster compound to return to Italy. Although Marlborough Gardens and the entire Forster clan are exquisitely detailed, the 20th-century characters lack the same substance: the difference in depth between the researchers Harriet and Rachel and their beloved Emma is as sharp as night and day. Fascinating fragments assembled as a richly Victorian family history, but unlike A.S. Byatt's Possession (to which the publisher compares this), its inability to merge past and present into a dynamic whole weakens it substantially.