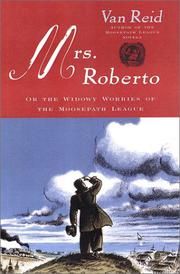 Once again, kindly bachelor Tobias Walton and his strapping “gentleman’s gentleman” Sundry Moss find themselves on the road in the general vicinity of Portland, Maine, and points thereabouts, reencountering old acquaintances (among them Cordelia Underwood, eponymous heroine of the initial Moosepath Chronicle), and pausing for fascinating intrigues at Fern Farm, where the enigma of a depressed pig named Hercules masks an even more unusual family scandal. Meanwhile, Moosepathian Joseph Thump, having learned that the celebrated “ascensionist” Dorothea Roberto is pursued by dastardly villains, travels with fellow clubmen Eagleton and Ephram from crime boss Fuzz Hadley’s Portland waterfront to a hobo “shantytown,” thence toward the hamlet of Dresden Mills, where rural mailwoman Deborah Pilican (a.k.a. bestselling novelist Rudolpha Limington Harold, among other pseudonyms) lives out a real romantic fantasy, and where a conflagration in the nearby town of Iceboro brings most of Reid’s remarkably busy characters coincidentally together. In the series’ now-familiar manner, subplots keep springing surprises (there’s a doozy involving Thump’s mirror image, tavernkeeper Thaddeus Sharp, the latter’s plucky son Timothy, and Tim’s waiflike friend Mailon); charming absurdities multiply exponentially (don’t miss the episode in which a boisterous drunk throws a piano out a second-story window, or the explanation for Hercules’ seeming drunken state); and (Groucho-) Marxist near–non sequiturs (“I once knew a cow that had a very refined sense of humor,” etc.). Good prevails, lovers are united, the social fabric is deftly mended, and all ends well, with Mr. Walton prepared to head for Halifax, and further delightfully implausible Dickensian adventures.

The most imaginative and outrageous in the series thus far. It would be a crime and a sin, and just plain un-neighborly, to miss it.